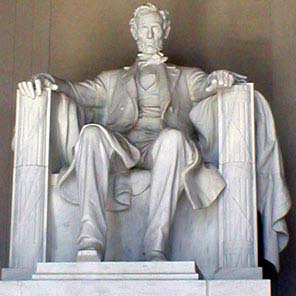 On this East Coast tour, discover the historic national treasures prominent in America’s history. Step back in time in Jamestown settlement, the first permanent English settlement in the new world, and Colonial Williamsburg, where costumed villagers re-enact life in 18th -century Virginia. See the meeting place for Thomas Jefferson, Patrick Henry, and other patriots, and enjoy a Colonial-style dinner at a local tavern, where you’ll experience a re-created supper experience savored by 18th-century patriots. Visit Richmond’s St. John’s Church, where Patrick Henry proclaimed, “Give me liberty or give me death.” Tour Jefferson’s beautiful and imposing estate, Monticello, and visit George Washington’s restored home, Mount Vernon. Visit the sites of many famous battles, including Yorktown Historical Battlefield Park, where the British surrendered to Washington’s troops in 1781. Tour Gettysburg National Military Park, where you’ll hear about the Battle of 1863. Continue exploration at Valley Forge National Historic Site to see where Washington and his troops endured the harsh winter of 1777-1778. Also visit Harpers Ferry National Historic Park, where abolitionist John Brown and his “army of liberation” staged their fateful raid on a U.S. arsenal. This East Coast tour will also visit Washington DC and Philadelphia-with sightseeing highlighting the famous landmarks in each city. Throughout this East Coast tour, Globus has also included many special experiences. For example, stay at the historic Hotel Gettysburg, established in 1797 and steps from the David Wills House, the location where President Lincoln put the final finishing tours on his legendary speech, the Gettysburg Address. And in Williamsburg, hear an exclusive presentation by professional historian, Sylvia Tabb-Lee. You’ve heard about the famous battles in American history-now’s your chance to see where some of them took place. You’ve heard about many of the historical landmarks in America’s oldest cities-now’s your chance to visit them. It’s a vacation of a lifetime!

The site of the famous Civil War battle that stopped General Lee from advancing to invade the north. Located in southern Pennsylvania.

Please don't close or refresh the page while we are processing your submission
Please be patient, this could take a few minutes.